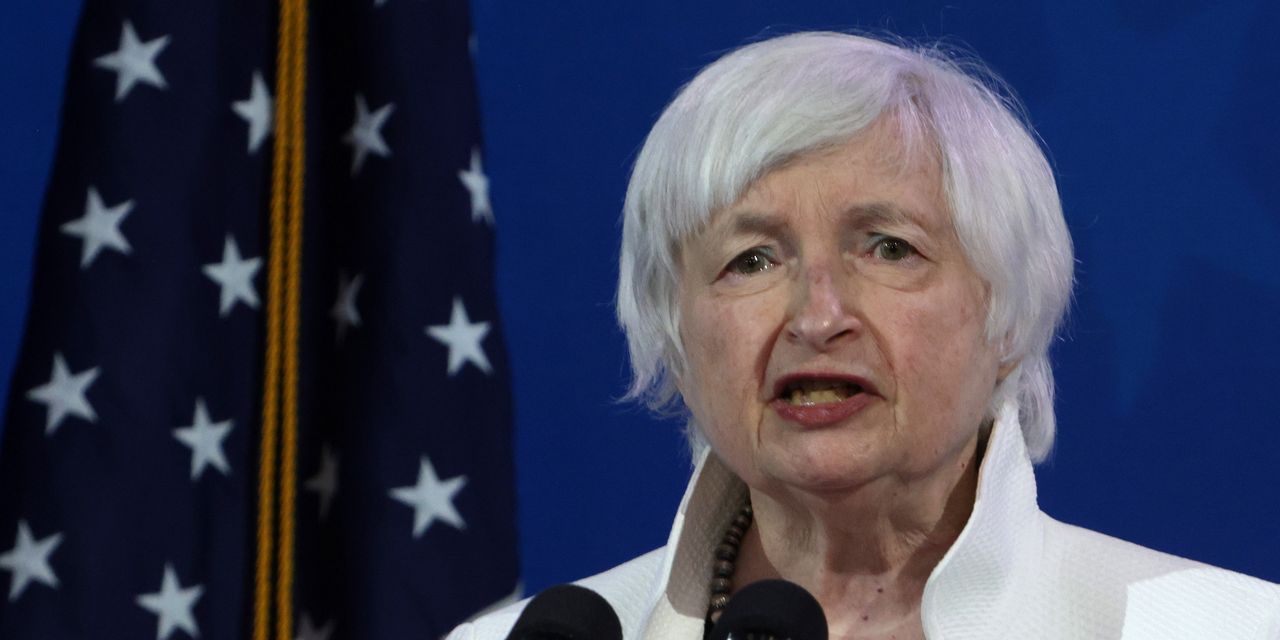 The U.S. Treasury Department on Friday removed the Vietnam and Switzerland currency manipulator label that the Trump administration had placed on the two countries in December. The department said it had no evidence that Vietnam USDVND, -0.02% and Switzerland CHFUSD, + 0.32% were manipulating their currencies, but said they qualified for “enhanced analysis” and would continue to hold bilateral talks.

The department also said that Taiwan’s TWDUSD, -0.03 has met the criteria for improved analysis and that it would seek to hold bilateral discussions on the country’s foreign exchange practices. In a semi-annual report to Congress, the Treasury said China did not meet the criteria for currency manipulation or for increased participation. The Treasury urged China to improve its transparency regarding its foreign exchange intervention activities, including the relationship between the central bank and the foreign exchange activities of state banks. “The Treasury is working tirelessly to address efforts by foreign economies to artificially manipulate the values ​​of their currencies that put American workers at an unfair disadvantage,” Treasury Secretary Janet Yellen said in a statement. The Treasury added Ireland’s EURUSD, + 0.16%, and Mexico’s USDMXN, + 0.15% to its list of eleven economies on a “watch list” that deserve special attention to their exchange practices. Also on the list are China CNHUSD, 0.04, Japan USDJPY, + 0.07%, South Korea USDKRW, -0.16%, Germany EURUSD, + 0.16%, Italy EURUSD, + 0.16%, India USDINR, -0.33%, Malaysia MYRUSD, – 0.04, Singapore SGDUSD, + 0.04%, and Thailand THBUSD, -0.26. Under the Trade Enforcement Act of 2015, the three criteria for an “enhanced engagement” are: a trade surplus that exceeds $ 20 billion over 12 months; a global current account surplus of at least 2% during the same period; and net purchases of foreign currency that represent at least 2% of its GDP. The Treasury said that none of the three countries, so far, met the stricter criteria under a separate 1988 law that countries “intervened in foreign exchange markets to prevent an effective balance of payments adjustment or to obtain a unfair competitive advantage in trade. ” Wall Street analysts have previously noted that the consequences of labeling are not huge. The upcoming talks are seen as an opportunity to assess the Biden administration’s trade policy stance. The Trump administration did not take any punitive action after labeling Switzerland and Vietnam as currency manipulators. The CHFUSD of the Swiss National Bank, + 0.32% denied any form of monetary manipulation. Meanwhile, the US dollar was down 0.2% on Friday at 91.542, as measured by the US dollar ICE DXY index, down -0.13%, a measure of the dollar against half a dozen currencies. The dollar is down 0.7% so far this week and 1.8% in April so far.

Opinion: Why It’s Time to Expand Social Security Benefits and How to Pay For Them


China records record year-on-year growth in the first quarter, but the recovery is seen as a slowdown