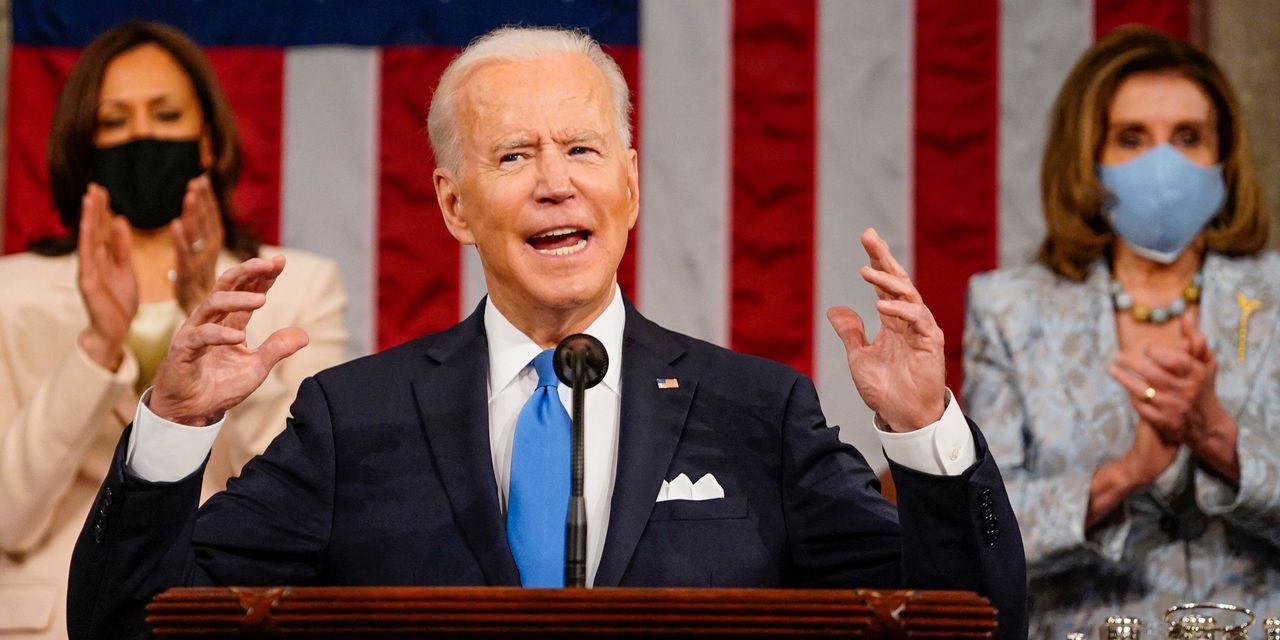 Joe Biden had a clear message in his first speech to Congress as president: I’ll get you a job. The word “jobs” appears 43 times in Biden’s prepared text, a document he largely stuck to when he addressed lawmakers and the country Wednesday night from the House chamber.

As the United States is adding jobs and the economy is strengthening, the commander-in-chief made it clear that he is not satisfied with the 6% unemployment rate and the damage to the job market caused by the coronavirus pandemic. Biden used the word “job” or “jobs” when discussing his infrastructure proposal for the “American Job Plan.” He said it will “create millions of well-paying jobs, jobs in which Americans can raise their families.” He used the word “jobs” when talking about climate change. “For me, when I think of climate change, I think of jobs,” he said. And he invoked job losses when he criticized companies that evade taxes. “They benefit from the tax loopholes and deductions that allow for the relocation of jobs and the transfer of profits abroad,” he said. By invoking jobs so frequently, Biden is attracting a still skeptical group of Republicans who, to date, have largely criticized his infrastructure and safety net proposals, as well as directly from voters. The infrastructure proposal in particular is the subject of intense discussions with Republicans, who have proposed a much less expensive plan. And as he has done before, he said he appreciated the ideas on infrastructure but said doing nothing is not an option. “Investments in jobs and infrastructure like the ones we are talking about have often had the support of both parties,” he said, applauding Republican senators who have their own proposal.


Asian stocks rise above Fed and Biden support, but investors look for next catalysts By Investing.com