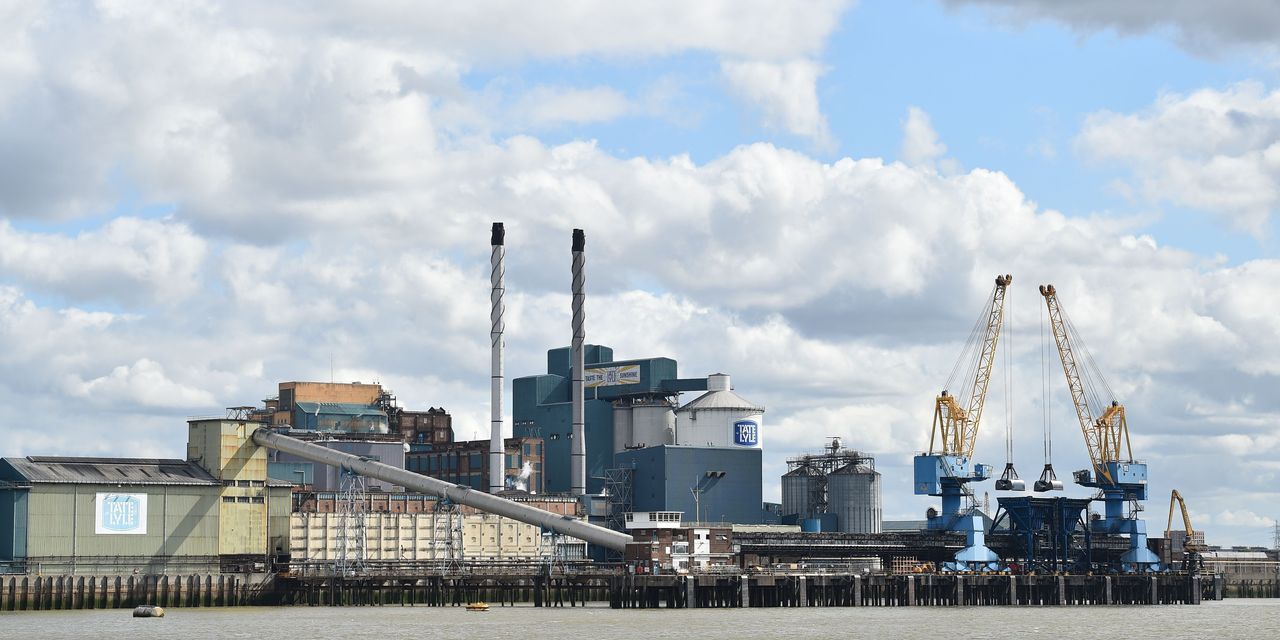 Shares of Tate & Lyle rose as much as 7% Monday after the food and ingredients maker said it was in talks to sell most of its primary products division. The Tate & Lyle TATE announcement, + 5.81% came after the Sunday Telegraph reported that it had held talks about the auction of the artificial sweetener manufacturing unit for £ 1.2bn ($ 1.66bn), possibly to a private equity company.

Analysts were excited about the prospect of Tate & Lyle’s food and beverage solutions unit marketed as a separate entity. Analysts at Barclays Capital said that even at 18 times the company’s value / earnings before interest and taxes, the unit would still trade at a discount to Kerry KRZ, + 0.05%, DSM DSM, + 0.16% and Symrise SY1 , -0.45%. In the six months to September 30, the Food & Beverage Solutions arm posted an adjusted operating profit of £ 98 million on revenue of £ 475 million, and the Commodities unit posted an adjusted operating profit of £ 83 million on revenue of £ 842. million. A clean exit might not be possible, and Tate & Lyle implicitly acknowledged this by saying it is in talks to sell a “controlling” stake. Jefferies analysts note that two of Tate & Lyle’s major US plants make products for both the primary products and the food and beverage solutions division. Another problem, analysts noted, is that Tate & Lyle currently benefits from the ability to offset UK tax losses with US profits, a benefit it would not enjoy as much in a joint venture scenario. The FTSE 100 UKX, + 0.36% snaked on Monday, ahead of a big week of earnings, including the latest results from electric vehicle maker Tesla TSLA, + 1.35% after the close of business on Wall Street. In the early afternoon, the FTSE 100 UKX, + 0.36% was up 0.3%, just 1% below its April 19 high. Also on the move, UK engineering group IMI IMI, + 11.02% rallied 11% after raising its earnings guidance by 7% and launching a £ 200m share buyback program.