Opinion: The United States government, even Reagan, used to do great things. Biden thinks he can still 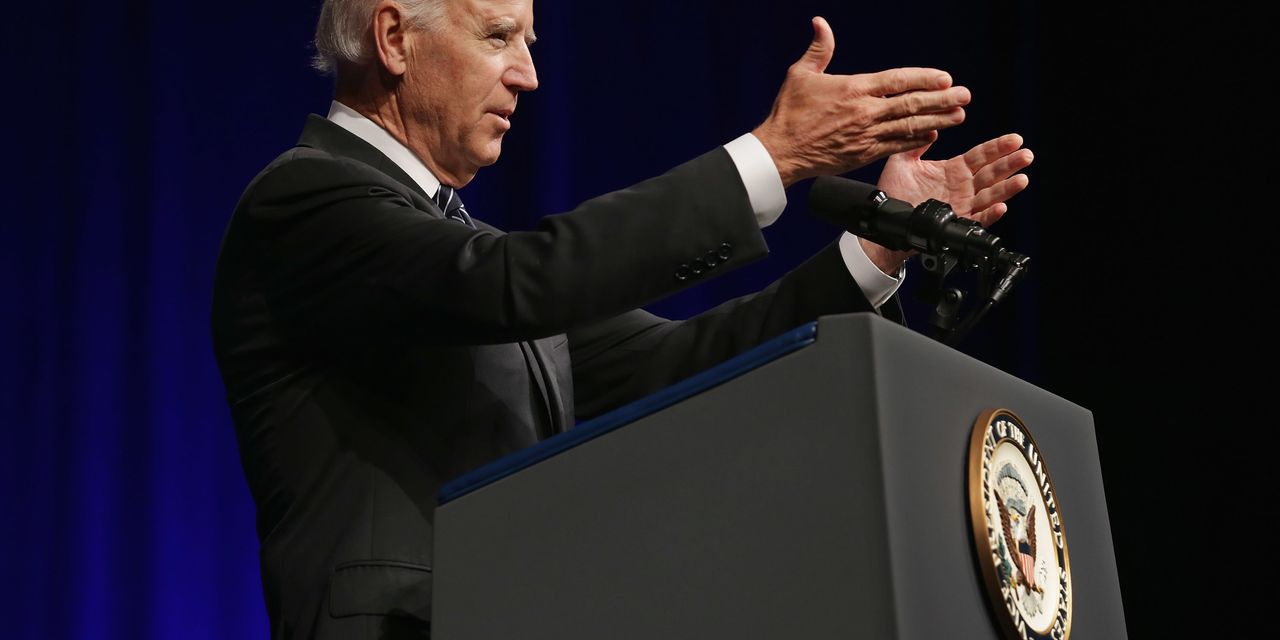 This is what it means. Biden, the product of a less-than-golden education in Pennsylvania and Delaware, is quick to remind everyone that there are more people on the middle and lower rungs of the ladder than on the hard-to-get top rungs. From his younger and slimmer years, though long overshadowed by wealth, of course, the president deeply identifies with these average young men. This is not a president born at third base who thinks he hit a triple. A bigger slice of the pie is what those average youngsters deserve, he thinks. He wants to change this, change the way we view work, the value it creates, and the relationship between employer and employee. The second major paradigm that Biden wants to change is the increasingly evil way we view the federal government and the role it plays in our lives. I’ll get to that in a moment. In the first instance, the president doesn’t think those average workers got that biggest slice of the pie. Why? It points to the disappearance of unions, corporate pensions and the leveling of wages adjusted for inflation. Biden speaks proudly of unions and the power they have (or had) to protect workers when times are tough and to squeeze more out of employers when they aren’t. But unions have been fading for decades. For example, the percentage of Americans who are in a union has essentially halved since 1983, according to Labor Department data. When it comes to pensions, only 12% of private sector workers were in a pension plan in 2018, says the Pension Rights Center, a Washington, DC-based nonprofit. This proportion has also dropped dramatically in recent decades. Biden also cites the wages of manual workers. In absolute terms, they may be higher, but in terms of purchasing power, which is what counts, they have hardly budged. Meanwhile, as millions of workers try to stay afloat, corporate profits, relative to gross domestic product (GDP), have increased more and more. What about stock prices? The S&P 500 SPX, + 0.01%, which stood at 102 points in August 1982, closed Tuesday at 4,073. You do the math. Has this tide lifted all the boats? Of course not. The top 1% of Americans, according to an analysis by the Federal Reserve earlier this year, control about 38% of the value of financial accounts that hold stocks, while the top 10% control about 84%. So when Biden says he wants to “change the paradigm” and “reward work, not just wealth,” this is what he’s talking about. The government‘s great victories The second great paradigm that Biden wants to change is the way we view and relate to the federal government. More than half a century, beginning with the inauguration of Franklin D. Roosevelt in 1933, a series of Republican and Democratic presidents, and Republican and Democratic congresses, did the following, and this is only a partial list: He handled the Great Depression The World War II, the Cold War, built the interstate highway system and put astronauts safely on the moon only eight years after deciding to do so. In addition, he passed civil rights laws, created a social safety net that kept millions out of poverty, helped millions more attend college, guaranteed mortgages that enabled others to achieve the dream of owning their own home. It provided financial incentives, and in some cases the first and only market, to dazzle new technologies that raised productivity and living standards by a staggering amount. Enter Reagan And then came Ronald Reagan. Inaugurated in 1981, and having had absolutely nothing to do with any of the achievements of the previous five decades, it told us that the problem is the government. In the four decades since, this attitude seems to have seeped into the dominant culture. Yes, that’s the problem, millions think today. It is accepted wisdom. If anything, anti-government attitudes have worsened: Federal workers somehow become villains, enemies of the people. Spirit of FDR To use one of Biden’s words, this is malarkey. Does the government make mistakes? Of course. Is money wasted? You gamble. But are federal workers “enemies” and “puppets” that are part of some “deep state”? No. Believe what you want. It is telling that Biden has decorated the Oval Office with portraits of various presidents. But the largest portrait of all he has on display is that of FDR. Biden believes, as Roosevelt and other presidents have shown, that government can do great things. The president’s deft handling of the Covid19 disaster he inherited is an early sign that he can, and perhaps a template for other big issues, like climate change. Is the government the problem? After four decades in the making, that paradigm could soon change as well.