Opinion: If Biden wants his progressive policies to be popular and long-lasting, he should heed these lessons from FDR, Obama and the conservative countermovement 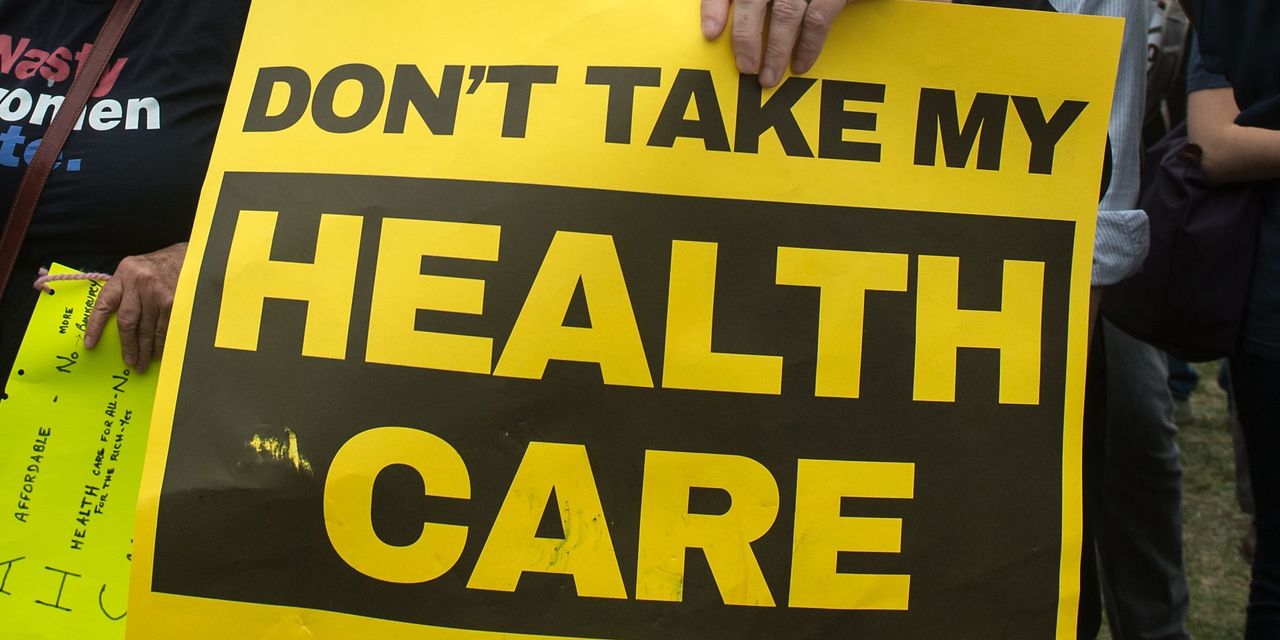 Making good public policy isn’t just a matter of getting effective programs passed. It is also a matter of passing policies that create supportive political dynamics: policies that cannot only be enacted, but also entrenched and perhaps even expanded over time. If policy makers want to tackle complex, deep-seated problems that require long-term solutions, they also have to achieve the instrumental goal of building politically robust policies.

In an era of political gridlock and polarization, this can be difficult. Often, the policy steps that can be taken are smaller than policy makers would want and encounter intense hostility from the other side. One way to approach this challenge is to start from an understanding that policies themselves can have political effects that can help to sustain them—what political scientists call “policy feedbacks.” Policies can change the views and expectations of the general public, they can alter government capacities, and they can reshape the character and aims of interest groups and citizen movements in ways that provide sustaining political momentum. In short, policies have to be designed to create positive political dynamics as well as to produce positive social outcomes. Fortunately, there is a growing body of research that investigates these policy feedbacks. Policies can be designed to deliver certain kinds of political outcomes that can help to sustain them and even potentially to expand over time. During his first speech to a joint session of Congress on Wednesday, President Joe Biden is expected to speak about the bold spending programs contained in his American Rescue Plan, signed into law in March, and his current multi-trillion dollar proposals for the rebuilding of American infrastructure, investment in the care economy, and the promotion of clean energy. Follow MarketWatch’s coverage of Biden’s speech In this brief, I draw on political-science research on “policy feedback” effects—the political effects of public policies that “feed back” into future debates—to consider what features of public programs make them more likely to build support over time and mobilize organized groups and social movements advocating for their maintenance and expansion. The findings I discuss have implications not just for Biden’s ambitious agenda, but for any public leaders who want to address national problems using policies that can become entrenched and grow in the future.
media-object type-InsetPullQuote inline scope-web|mobileapps article__inset article__inset–type-InsetPullQuote article__inset–inline “>

The Facts: Considering “policy feedbacks” in the design of policies involves taking into account the ways in which policies themselves can generate avenues of political support. The term comes from the work of Paul Pierson, Theda Skocpol, and other political scientists writing in the 1990s about the ways in which policies, once they were enacted, could reshape politics. While economists tend to think about policies in terms of their ability to deliver certain kinds of economic and social outcomes, policies can also be designed to deliver certain kinds of political outcomes, such as creating strong vested interests, strong constituencies, and expanded government capacities. Robust programs such as Social Security, for example, started relatively small but fostered strong shifts in mass opinion, widespread public expectations regarding future benefits, new capacities for government intervention, and supportive interest groups and activist movements. As these programs expanded they also increased the political engagement of their beneficiaries, who organized to fend off any perceived threat to the programs. By doing so, they grew over time and became “third rails” of American politics.   Popular programs have often boosted both popular support and participation, strengthening democracy and creating a public constituency in favor of future action. The GI Bill, for example, greatly increased both participation and trust in government among those who received it, helping to create the civically vibrant (and relatively non-polarized) political environment of the post-WW II period. Indeed, key members of the civil-rights movement were Black citizens who had gone to college under the GI Bill (even though the GI Bill benefited white veterans far more than Black veterans). Large-scale programs can also give rise to new interest groups. Prior to Medicare, for example, there was no major organization representing the aged. The AARP gained its millions of members by providing low-cost supplemental insurance to new beneficiaries of Medicare. In the process, it became one of the nation’s most powerful lobbying groups. Today, it is one of the few mass-based organizations representing a broad cross-section of Americans. A similar story can be told with regard to organized labor, another mass-based group. Labor unions were empowered by the 1935 Wagner Act (also known as the National Labor Relations Act) that guaranteed workers’ right to organize and outlined the legal framework for labor unions and management relations.  In addition to creating supportive public opinion and interest groups, programs can create new government capacities for regulation, taxation, and other means of policy implementation. The existence of these new government capacities, in turn, makes it more feasible to implement further reforms down the road. For example, market-based environmental laws created in the 1980s that allowed tradable pollution permits provided an infrastructure for—and an expert community in government who could pursue—similar policies in the future. These seminal laws were the basis for “cap-and-trade” proposals to address climate change in the 2000s and 2010s. Although these plans have not yet been realized at the national level, they have helped shape state-level developments: states that have developed administrative capacities to regulate carbon emissions and support alternative energy production have proved more amenable to stronger climate policies than those that haven’t. Not all feedback effects empower constituencies—some feedback effects can be used to reduce the political mobilization of advocates of the existing policies. For example, welfare reform further fragmented an already relatively weak set of organizations representing beneficiaries of public assistance—not only by reducing the number of beneficiaries, but also by shifting much of the policy process to the states, requiring new forms of organization and coordination. This increased fragmentation made it more difficult to advocate and promote policies to benefit low-income populations.

“
“Conservatives invariably attend to policy initiatives designed to cripple Democratic power. Right-to-work statutes, public-employee contracts, campaign finance regulation, the promotion of conservative judges: all are top priorities for a right that understands the long-term political advantages that accrue from hobbling muscular Democratic constituencies and the future scope of liberal lawmaking.”
”

In recent decades, conservatives have become more adept at using policy to build power. Historically, advocates on the left emphasized policy feedbacks. Franklin Delano Roosevelt’s relief administrator, Harry Hopkins, famously described the New Deal spending strategy as “tax and spend and elect and elect.” As the example of welfare reform suggests, however, the past few decades have witnessed a number of successful conservative efforts to use policy feedbacks to build power, particularly at the state level. For example, conservative policy makers have focused on reducing the sway of unions, cutting back government capacities for regulation, and ratcheting back taxation (since raising taxes is harder than cutting them, these ratchet effects are difficult to undo). Jerry Taylor—who was a leading figure at the American Legislative Exchange Council (a conservative organization working at the state level) and at the libertarian Cato Institute, but is now president of the moderate Niskanen Center—recently explained, “Regardless of what the campaign that brought them into office was about, conservatives invariably attend to policy initiatives designed to cripple Democratic power. Right-to-work statutes, public-employee contracts, campaign finance regulation, the promotion of conservative judges: all are top priorities for a right that understands the long-term political advantages that accrue from hobbling muscular Democratic constituencies and the future scope of liberal lawmaking. Democrats, on the other hand, rarely spend political capital on these matters.” Programs that do not take policy feedback effects into account can fail to reap political benefits and be more vulnerable to repeal. For example, the Obama administration in 2009 designed its stimulus legislation to deliver a large payroll tax cut to the middle class that was effectively invisible. Polls done before the 2010 midterm—in which Democrats lost the House and lost their filibuster-proof majority in the Senate—showed that few Americans were even aware that their taxes had been reduced by Obama and his Democratic allies. The Affordable Care Act (ACA) has proved a mixed bag in terms of policy feedbacks. Research suggests it had weaker policy feedback effects than it might have had, partly because its most popular provisions were not well recognized, and in part because its big new benefit for the nonpoor (the ACA “marketplaces” where the uninsured could buy coverage) covered fewer Americans than expected, was highly complex, and was run by the states and thus varied greatly from place to place. Nonetheless, by the time Republicans had the power to “repeal and replace” the ACA, it had developed a strong enough support constituency to (narrowly) survive major revisions and it is now poised to expand.  There is evidence that the Biden administration has learned from these experiences. The American Rescue Plan, signed into law in March, involves very large and visible benefits, including a new child tax credit that is delivered as monthly checks (and, if made permanent, could cut child poverty by half, according to one estimate). These measures are both popular today and seem likely to build support over time and prove hard to cut back. Indeed, many of the new benefits in the relief bill—including expanded subsidies for health insurance under the ACA as well as the child benefits—are only slated to be in law for a year or two. Clearly, their advocates believe that they will create policy feedback effects that encourage their renewal and expansion over time.

“
Given how difficult it is to achieve big policy changes in contemporary politics, building effective institutions and cultivating organized allies may well be two of the most promising ways of building robust policies for the long term.
”

What this Means: Policy experts rightly devote much of their attention to designing effective policies. But just as a technically sound policy that can’t get passed is not a good policy, a policy that is vulnerable to future repeal or reversal is not a good policy. In an age of polarization and popular distrust in government, we need a new science of post-enactment policy-making that will increase the chance that policies designed to help Americans will actually be politically robust once in place. One set of investigations should concern how a highly partisan public learns about and becomes supportive of specific policies. Even more important, we need to learn far more about those policy feedbacks that affect government capacities, interest groups, and social movements. Given how difficult it is to achieve big policy changes in contemporary politics, building effective institutions and cultivating organized allies may well be two of the most promising ways of building robust policies for the long term. This commentary was originally published by Econofact—Enacting Lasting Policies in an Era of Gridlock. Jacob Hacker is a political science professor at Yale University. His research interests include American politics, public policy, and economic insecurity and inequality. He is known especially for his research and writings regarding health policy, especially his development of the so-called public option.More on policies and politics from MarketWatch: Here’s where Biden stands on key goals at his 100-day mark When is stopping carbon-monoxide poisoning and protecting Saudi dissidents controversial? When you’re a House Republican. Redistricting alone could give Republicans control of the House in 2022, experts say