Opinion: How Older Americans Can Drive a Post-COVID ‘Vaccine Dividend’ for the US Economy 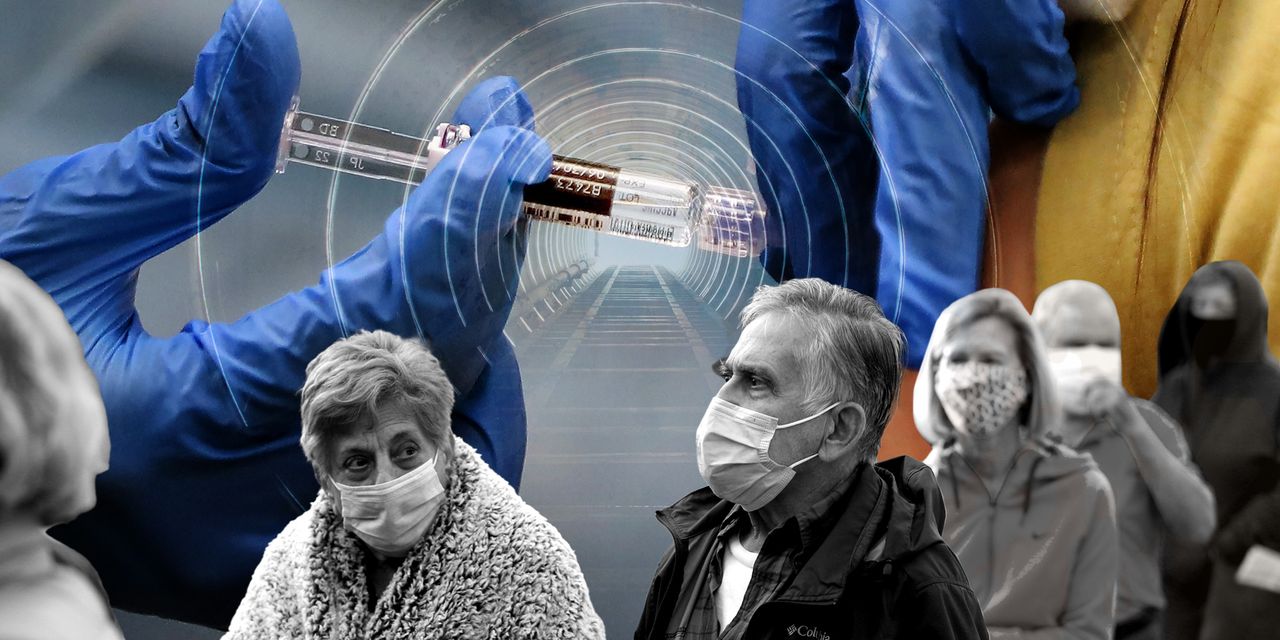 I first visited the Oakland Coliseum on a glorious day in late summer 1990. Bob Welch, the star right-hander for the Oakland Athletics, pitched superbly that day on his way to winning 27 games and the Cy Young Award. It was my best memory of the Colosseum until the other day when I left Interstate 880 at the stadium exit, turned onto Joe Morgan Drive, and passed the police barricades to parking lot A.

Like so many other seniors who flock to the FEMA supersite, I was there to get vaccinated against COVID. My injection was administered by two optimistic and idealistic young men, one from rural California and the other from Minnesota, who had ventured to Oakland, California, out of a sense of service, they told me. In half an hour, I was heading home, surprised to move toward safety that for a long time seemed out of reach. I am still overwhelmed with feelings of release and gratitude. Liberation to be able to reconnect soon with family, friends, neighbors, society. Thanks for having had priority, by virtue of my age, at a time when so many others are still waiting their turn. And I also have a sense of responsibility, determined to make the most of my safer state. I suspect that I am not alone. More than three-quarters of Americans 65 and older have already received at least one injection. We have been given priority status due to our vulnerability to the virus. With vaccines, we are less vulnerable and potentially more valuable in ways that go beyond stimulating the economy by eating at restaurants or going to baseball games. We are an army of seniors in a position to use our experience, wisdom and antibodies to return the investment in us. Call it the vaccine dividend. It is time to call on older Americans to roll up our sleeves a second time, to surrender to a higher cause, and to join these young idealists in helping our nation recover. President Joe Biden appealed widely to all Americans to step up in their “I need you!” speech to the nation. I’d like to see our 78-year-old President issue a direct call to action to his fellow elders, perhaps accompanied by Dr. Anthony Fauci, 80, Speaker of the House of Representatives Nancy Pelosi, 80, the Senate Minority Leader Mitch McConnell, 79, and Majority Leader Chuck Schumer, 70. Biden could say we’ve survived a lively debate about the elderly in the pandemic. It wasn’t that long ago that some argued that the only role of the older population in this fight was to stay home, stay safe, and essentially stay out of the way. Texas Lieutenant Governor Dan Patrick went so far as to suggest that older people were expendable, and that they should be willing to sacrifice themselves, if it meant keeping the economy afloat. Fortunately, wiser sentiments prevailed. Biden might point out that many of us, plagued by loss, loneliness, and purposelessness during the pandemic, are ready to recommit. There is pent up energy and a renewed sense of moral obligation. I’m personally sorry, but what do we do with that feeling, not just as individuals but collectively, as a generation? It may not be the Greatest Generation but, for those of us who have been vaccinated and survived the pandemic, a grateful generation. I suggest that Biden point us to a provision buried in the American Rescue Plan: a billion-dollar infusion of new money for national service. What a beautiful irony that a powerful path to purpose and connection for America’s elders, the generation for which the Peace Corps was created in the first place, lies in service. I would like to see a call not only to serve, but to serve alongside the youngest, like those who put the vaccine on my arm. Why not a cogenerational call that adapts to the moment, helping to vaccinate more Americans and rebuild the social fabric of the nation? A body destined not only to survive the pandemic, but to thrive beyond it. Such mobilization could produce both a talent windfall and a windfall of understanding, especially if it is designed to bring the old and the young together in ways that remind us of our common humanity and help us prepare for the reality of navigating the multigenerational society. and multiracial that will be a hallmark of this century. Marc Freedman is the CEO of Encore.org and the most recently author of “How to Live Forever: The Enduring Power to Connect Generations,” now in paperback. Plus: Once considered on the cusp of retirement, these people are taking a ‘gap year’ after successful careers. Plus: a revolutionary ‘gray army’ of older workers is fighting our youth-obsessed culture, and we’ll all benefit if they win

Opinion: Why Berkshire Hathaway Would Be Hurt by Changes These Big Shareholders Propose


Here’s why investors should be looking at old-tech stalwarts right now, says this money manager