Opinion: Biden’s $ 4 Billion Aid Won’t Stop the Flow of Central American Migrants to the US, Here’s What Has to Happen 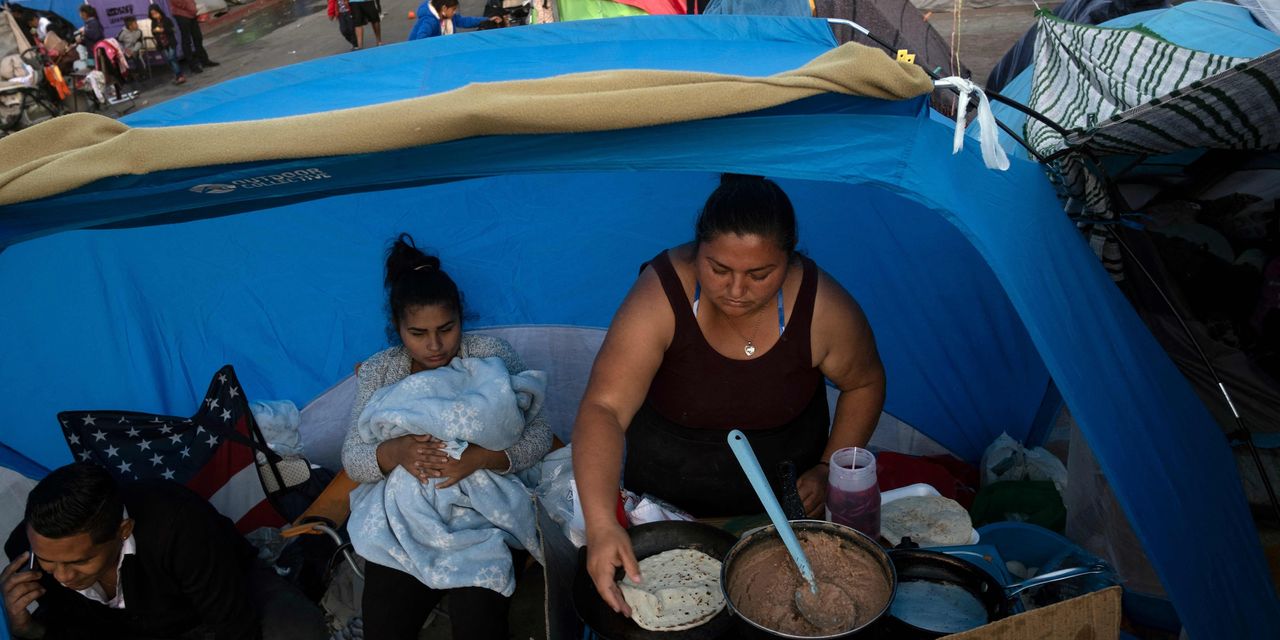 To stop migration from Central America, the Biden administration has a $ 4 billion plan to “build security and prosperity” in Honduras, Guatemala and El Salvador, home to more than 85% of all Central American migrants who made it to the United States. for the past three years.

The Biden plan, which will be partially funded by money diverted from immigration detention and the border wall, is based on a solid analysis of Central America’s dire socioeconomic conditions. As the former president of Costa Rica, I can attest to the dire situation faced by people in neighboring nations. As a historian of Central America, I also know that money alone cannot build a viable democracy. Failed Efforts Guatemala, Honduras and El Salvador comprise the “Northern Triangle” of Central America, a poor region with one of the highest murder rates in the world. These countries need education, housing and health systems that work. They need reliable economic structures that can attract foreign investment. And they need inclusive social systems and other crime prevention strategies that enable people to live without fear. Such a transformation cannot occur without strong public institutions and politicians committed to the rule of law. Biden’s aid to Central America comes with strict conditions, requiring the leaders of Guatemala, Honduras and El Salvador to “undertake significant, concrete and verifiable reforms,” ​​including with their own money. But the United States has tried unsuccessfully to make changes in Central America for decades. Every American president since the 1960s has launched initiatives there. During the Cold War, the United States aimed to counter the spread of communism in the region, sometimes militarily. More recently, US aid has focused primarily on strengthening democracy, investing in everything from judicial reform and women’s education to agriculture and small businesses. The Obama administration also spent millions on initiatives to combat illegal drugs and weaken street gangs, called “maras,” whose brutal control over urban neighborhoods is one of the reasons migrants say they flee. Such multibillion dollar efforts have done little to improve the dysfunctions of the region. If anything, Central America’s problems have worsened. COVID-19 is wreaking havoc across the region. Two Category 5 hurricanes hit Honduras in two weeks in late 2020, leaving more than 250,000 homeless. Some experts have been calling for a “mini Marshall Plan” to stabilize Central America, like the US program that rebuilt Europe after World War II. Costa Rica’s counterpoint To imagine a way out of Central America’s problems, the history of Costa Rica – a democratic and stable Central American country – is illustrative. Costa Rica’s path to success began shortly after independence from Spain in 1821. It developed a coffee economy that linked it from the beginning to the developing global capitalist economy. While other Central American countries fought protracted civil wars, Costa Rica adopted a liberal constitution and invested in public education. Costa Rican democracy was strengthened in the 1940s with a constitutional amendment that established a minimum wage and protected women and children from labor abuses. He also established a national social security system, which today provides medical care and pensions to all Costa Ricans. These reforms triggered a civil war. But the end of the war brought positive transformations. In 1948, Costa Rica abolished its army. No defense spending allows Costa Rica to invest in human development. The country also created a credible electoral system to ensure the legitimacy of elected governments. Over the next seven decades, consecutive Costa Rican governments expanded this welfare state, developing a large urban and rural middle class. Costa Rica, already a trusted ally of the United States when the Cold War began, was able to maintain progressive policies of the kind that, in other countries, the US government viewed suspiciously as “socialist.” Today, Costa Rica invests almost 30% of its annual budget in public education, from kindergarten to university. Healthcare represents around 14.8% of the budget. The United States is not an attraction for Costa Ricans. Instead, my country has received hundreds of thousands of Central American migrants. Predatory elites and authoritarian politics Migrants are fleeing political systems that are largely repressive and prone to militarism, autocracy and corruption. In large part, that’s because many Central American countries are dominated by small but powerful economic and political elites, many of which date back to earlier generations. These elites benefit from the status quo. In the Northern Triangle, they have repeatedly shown their unwillingness to promote structural transformations, from fairer taxes and educational investments to land reforms, that could end centuries of oppression and deprivation. During the Cold War, they put down popular revolutions that pursued such changes, often with the support of the United States. Biden’s plan for Central America requires the active participation of this “predatory elite,” in the words of Biden’s adviser, Juan González. Gonzales told NPR in March that the administration would take a “partnership-based approach” in Central America, using both “carrots and sticks” to pressure powerful people who do not share America’s goals to help their own people. The United States will also recruit local human rights organizations and pro-democracy groups to help its cause. It is too early to know whether the expected alliances with Central American leaders will materialize. The Salvadoran president recently refused to meet with Biden’s special envoy to the Northern Triangle. The president of Honduras is named in a US criminal investigation into his brother’s alleged drug trafficking ring. However, if American resources are not offered, Central America’s problems will persist. Money alone will not solve them, but it is a necessary piece of an enormously complicated puzzle. Luis Guillermo Solís is a distinguished professor and director of the Kimberly Green Center for Latin America and the Caribbean at Florida International University in Miami. This was first published by The Conversation: “Money alone cannot fix Central America, or stop migration to the US.”

Home prices are rising everywhere in America, but this city is experiencing the fastest growth