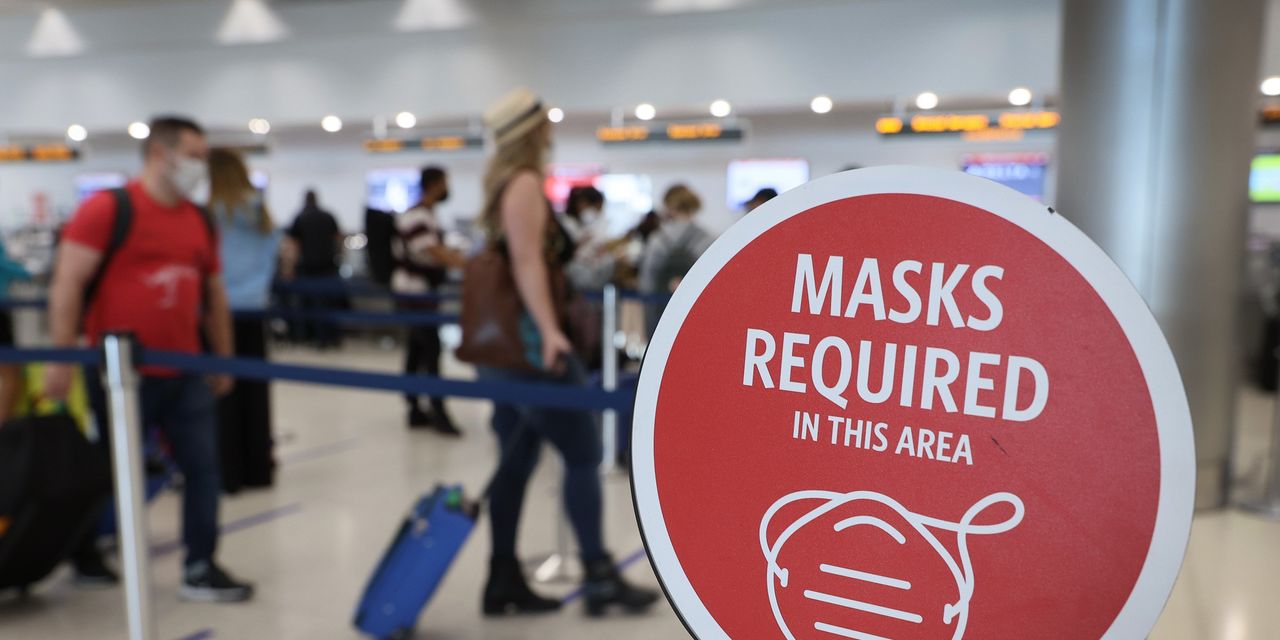 Shares of major US airlines fell on Tuesday following news that US regulators suggested suspending use of Johnson & Johnson’s COVID-19 vaccine. American Airlines Group Inc. AAL, shares of -3.64% led losses, down more than 3%, and Delta Air Lines Inc. DAL, shares of -2.77% fell more than 2%. The US Global Jets JETS ETF, -1.57%, was down about 1.5%.

The Centers for Disease Control and Prevention and the Food and Drug Administration said in a joint statement Tuesday that there have been six cases of rare blood clots among the approximately 6.8 million people who have received the COVID-vaccine. Johnson & Johnson 19 single injection. . The agencies recommend a pause in its use while they investigate with the CDC advisory committee for an emergency meeting on Wednesday. The news shook US markets earlier in the day, but the S&P 500 SPX Index, + 0.05% was up a fraction in midday trading. US airlines have seen a rebound in bookings in March as the launch of the vaccine has progressed smoothly and optimism about summer travel has increased. That followed tepid travel demand in January and February, further hampered by February’s winter storms. See also: Who was flying last year during COVID-19? Many people carry guns, according to the TSA’s first-quarter results for airlines, “a continuous and fluid launch of the vaccine will be key,” Morgan Stanley analyst Ravi Shanker said in a note Tuesday. Investors will be interested in hearing feedback on future demand, outlook and other forward-looking financials, rather than “retrospective earnings,” he said. Updates on how summer bookings and the second half of 2021 are shaping up “will be critical for investor confidence in the group,” the analyst said. Most US airlines are scheduled to report first-quarter earnings next week, and Delta will do so on Thursday. The Jets ETF has gained nearly 18% year-to-date and about 81% in the past 12 months, compared to gains of about 10% and 49% for the S&P 500.