Air France-KLM Gets EU Approval for $ 4.7 Billion in State Aid 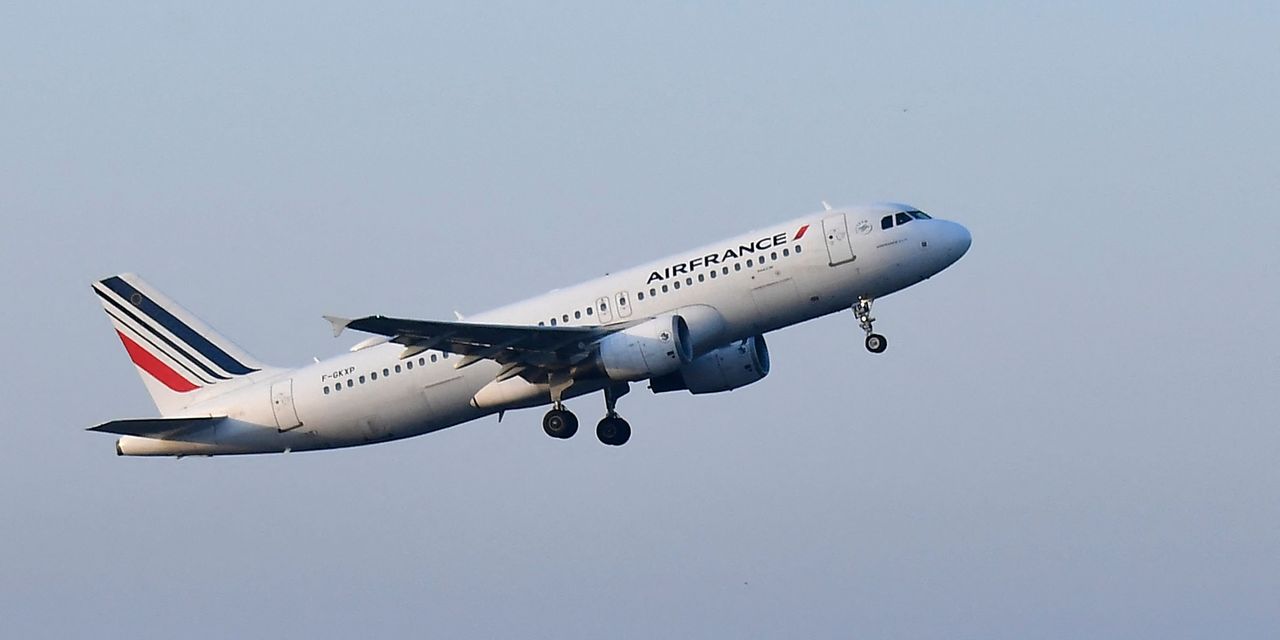 The European Commission has approved a € 4 billion ($ 4.7 billion) recapitalization of Air France-KLM that could see the French state double its stake in the airline, which has been hit by the unprecedented collapse. in global travel during the COVID-19 pandemic. France, which already owns a 14.3% stake in Air France-KLM, will convert € 3 billion in loans it made to the airline last year into hybrid debt and will participate in an additional capital increase planned for up to € 1 billion. euros, depending on the airline. he said Tuesday.

As a result, the French government‘s stake could rise to 30%, making it the largest individual investor in Air France-KLM, French Finance Minister Bruno Le Maire told France Inter radio on Tuesday morning. Read: Air France-KLM sees difficult first quarter after heavy losses Air France-KLM AF shares, -0.31% fell 0.78% to € 5.10 in mid-morning trading in Paris on Tuesday . The aid will only benefit the French branch of Air France-KLM 0LN7, + 1.40%, according to the European Union. In exchange for the green light from Brussels, Air France-KLM agreed to give up 18 daily take-off and landing slots, roughly 4% of its slots, at Orly, the second-largest airport in Paris after Charles de Gaulle. The Dutch state, which owns a 14% stake in Air France-KLM, is continuing talks with the Commission, the EU’s executive arm, about its own plan to refinance KLM, the airline said. Air France-KLM Chief Executive Officer Benjamin Smith said that “these first recapitalization measures … will provide Air France-KLM with greater stability to move forward when the recovery begins, as large-scale vaccination proceeds across the world and borders are reopened. ” The French government has agreed to find a “credible exit strategy” within 12 months and reduce its equity stake to pre-crisis levels by 2027. Dividends, share buybacks and management bonds will be prohibited until most of it is repaid. aid. Read: Third wave of COVID-19 could be worst yet, warns Germany The recapitalization package comes as France and other European countries are battling a surge in coronavirus infections that has prompted several member states to tighten their borders to contain the spread of COVID. 19. Air France-KLM posted a net loss of € 7.1 billion for all of 2020 as its business, along with the rest of the industry, has been hit by the unprecedented collapse of global air travel during the COVID pandemic. -19. On Tuesday, the airline said it expected a loss of 1.3 billion euros in the first quarter. Shareholder China Eastern Airlines CEA, + 0.55% agreed to participate in the capital increase “as part of further strengthening strategic cooperation with the group,” Air France-KLM said, but said it would keep its stake “strictly below the 10% “. . “Delta Air Lines DAL, + 2.91%, which owns 8.8% of the share capital of Air France-KLM, will not subscribe to the capital increase” due to the current framework of CARES [Coronavirus Aid, Relief, and Economic Security] act ”in the US, the airline said. Air France-KLM said additional measures are being considered to further strengthen the group’s capital, and that several measures will be taken before the 2022 annual general meeting.


Dow, S&P 500 prepares to take a breather after record soars